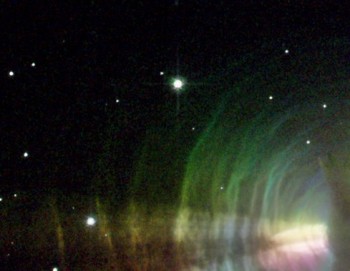 This is another flash fiction story from a Chuck Wendig flash fiction challenge, which he apparently posted in 2015 and I happened upon it in 2016 or something and thought it was current so I wrote half of a thing, and then finished it in 2017. Here’s the thing. Note that I read basically no space opera/military sci fi/battles in space thing, so please do not write to me telling me that I got space opera wrong. Also, because this is the internet, the grammar error in the first sentence is deliberate and I’m not fixing it.

Me and my platoon strapped ourselves into our seats and snapped our face masks in place. Hyperdrive jumps are liable to get bumpy on exit and re-entry, so we all checked to see that the barf bags were handy, and each of us hoped that we wouldn’t be the one who had to use one (and then get roundly mocked for it).

The commander and the pilot were up front, programming the hyperdrive. I put my head back and tried to go to sleep. They’d sounded Reveille hours before the usual roll out, ordered us to ready for maneuvers. Nobody, not even the commander, had been told of the mission beforehand. The element of surprise was vital, we were told. No leaks. Surprise attack. We’d storm their shores and end the war. We weren’t the first to trip off to battle, just the next wave. Commander said he’d have orders when we came out of hyperspace.

We all bit down, the pilot engaged the hyperdrive, all of our insides lurched backwards and then caught up. The ship went dark, and all that all of us felt was eerie nothingness for an unknown period of time.

And then–lurch, shudder, and an alarming cracking noise from elsewhere in the ship–we were out of hyperspace. We braced ourselves, unbuckling from our harnesses and going for our guns, sure that we were dropping into a firefight and were about to go out the gangway.
Instead, nothing.
Silent space.
We looked sideways at each other, out of power and out of knowledge, just dumb stupid soldiers who didn’t know what to do if they weren’t fighting.

We could hear the commander cursing at the pilot, double checking coordinates. We waited.

And then, we were descending, entering atmosphere, watching the sky change color, become something recognizable as sky. We were ordered to shelve our weapons. The ship landed, the hatch opened, the air hissed outward. We exited the ship by the gangway, blinking in the bright light. It didn’t look like we were going to die today after all.

The commander pointed towards the…well, off toward some direction on the compass, anyway where he could see the rooftops of a town, maybe two klicks away. We formed up and fell into step. Nobody said anything. Nobody knew (except the commander) if we were deserters, if we were lost. Just that, so far at least, we didn’t seem to be dying today.