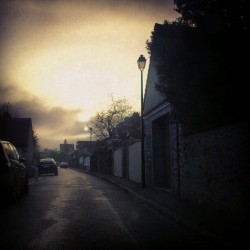 Ever since Columbine, I’ve had trouble dealing with mass-murder type news stories. Which is only natural I suppose. Just like since Katrina, I’ve had trouble with natural disasters. I have dishonored the victims of the earthquake in Japan, hurricanes in New York, floods in south Asia, and shooting victims in Ft. Hood, Virginia Tech, and elsewhere by simply not being able to dredge up the depth of emotion that tragedies of that scale require. On some level, I feel like this makes me a bad person, but on another I don’t stress about it too much because it’s obvious, even to me, that my level of reaction is out of my control. I promise you there’s only so many times you can look at a weather radar map and burst into tears before you have no tears left. And Columbine grated on my soul–over the whole community’s soul–for a year or more. It faded from the national spotlight relatively quickly, but it was a constant presence in Littleton for a long time, and it wore me away. When Sept. 11th happened, and everyone was freaking out about how we weren’t safe anymore, my reaction was more or less, “Well, of course not. You’re just learning this now?”

Sometimes forcibly not paying attention is my only source of protection. So I understand that this is a delayed reaction of sorts, especially given our high-speed high-def instant-access world. But this is kids. Twenty kids. You can’t not pay attention to that.

Who wasn’t paying attention when Eric Harris and Dylan Klebold were asking their friends to buy them guns at gun shows? Who wasn’t watching when they drove into the Colorado foothills for target practice?

Who saw James Holmes booby trap his apartment and order 6,000 rounds of ammunition, and thought nothing of it?

How much longer can we characterize kids who are hurting–kids who are a danger to themselves and others–as quiet people that nobody really noticed?

I don’t know. I know other people are having discussions about gun rights and gun control. I’m not pragmatic enough to manage it. My thought process is something along the lines of, “I don’t care about gun control because KIDS ARE DEAD,” which I understand is illogical and nonsensical, but it is what it is right now.

If guns don’t kill people, as gun rights defenders are fond of saying (and I happen to agree), then it follows that guns don’t protect people either. People protect people. (People hurt each other, too, most notably the people they know: as a woman, I’m more likely to be raped by someone I know. When I was a child, I was most likely to be kidnapped by someone I know. If my household has a gun in it, I’m more likely to be shot with that gun than I am to defend myself with it. It’s simple statistical truth; it’s just how the world goes.) So while others talk about banning assault rifles and keeping guns out of the hands of “the deranged” (which I agree with) (I’ve been treated for depression, does that make me deranged?), I’ve also been asking what would it take to get us, as Americans, to protect each other a little more and prey on each other a little less. About what it is that makes us prey on each other at all. If guns really protected people, then the South Side of Chicago would be the safest neighborhood in the country. Because guns really have very little to do with whether or not a person is safe. Safe neighborhoods are ones where peoples’ basic needs are met, so they don’t feel the need to rob them from other people. Safe neighborhoods are places where people have the interpersonal and educational skills to solve conflicts in ways that don’t involve (escalating) violence (that is, even if my middle-class white dad gets in a fist fight either somebody, even if it’s someone he knows, he can be reasonably certain that when the fist fight is over, that’s the end of it. The other guy’s son isn’t going to come after my dad the next day demanding a rematch). Safe neighborhoods are where people have economic options in between “drug kingpin” and “McBurger Flipper.” Safe neighborhoods don’t have 40% unemployment rates. Safe neighborhoods, ironically, are where a dozen children die all at once in a hail of bullets fired by a madmen. Dangerous neighborhoods lose children every day, one at a time.

I do know this, though: we need to stop saying that things like this “don’t happen here.” Things like this happen everywhere. I learned that in April of 1999 (And what does it say about our culture that Columbine happened so many shootings ago that it doesn’t even make most people’s shorthand list of mass shootings anymore?). To say that it doesn’t happen *here* implies that there are places where it does, where it’s inevitable, where it’s supposed to happen. Where we can live with it happening. A place over *there* where kids are expendable, the price of keeping our kids over here safe.

Either all of our kids matter, or none of them do.