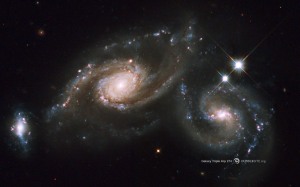 “The Black Thing burns unless it is counteracted properly.” —A Wrinkle in Time

I have a hard time integrating this glumness into my conception of myself. Describing it to myself. I vacillate between seeing it as part of me, enmeshed in my psyche, and seeing it as something separate, like a parasite or a tumor.

I re-read A Wrinkle in Time recently. For those who haven’t read it, please do, but also beware of spoilers ahead. In it, three human children–a brother and sister and their friend–are taken by three magical beings, Mrs. Who, Mrs. Which, and Mrs. Whatsit, to rescue the father of Meg and Charles Wallace (the brother and sister) who is being held captive on a foreign planet. The planet, Camazotz, is in the thrall of IT, a disembodied brain who controls the rhythms and thoughts of everyone on the planet. Those who resist are psychologically tortured. Those who give in are told that total lack of freedom is a worthy price to pay for total security.

“You see, what you will soon realize is that there is no need to fight me. Not only is there no need, but you will not have the slightest desire to do so. For why should you wish to fight someone who is here only to save you pain and trouble? For you, as well as for the rest of all the happy, useful people on this planet, I, in my own strength, am willing to assume all the pain, all the responsibility, all the burdens of thought and decision.”

In the process of trying to find their father, Charles Wallace falls into the clutches of IT. His sister, Meg, rescues him at the end (I did tell you there’d be spoilers) with the power of love (aww, cheesy).

What must it have been like for Charles, locked inside his own head? Things coming out of his mouth that, if he was himself, in his own center, he would never have said? Things that were mean and hostile, hurting the people he loved, and who wanted to help him? And meanwhile there’s this voice inside his head telling him that not only is resistance futile, but unnecessary. IT says that IT knows better than Charles what Charles needs. Telling him that all these things that he thought were important aren’t really. This voice that he can’t get rid of by himself. It must have been like being trapped underwater, screaming, but unable to talk to the people on the surface. If there’s a better metaphor for depression, I haven’t thought of it.

Help me, Meg Murry. Help me, Charles Wallace. I’m trapped in the brain of IT. I know it’s telling me lies, but I’m trapped anyway.

…For he was a spirit too delicate
To act their earthly and abhorr’d commands,
Refusing their grand hests, they did confine him
By help of their most potent ministers,
ANd in their most unmitigable rage,
Into a cloven pine; within which rift
Imprisoned, he didst painfully remain…
–Shakespeare, The Tempest (and A Wrinkle in Time)