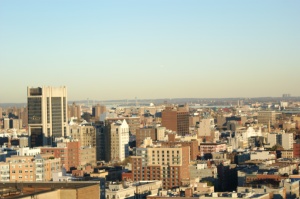 I am sitting and typing this at 8:14 pm, July 17th, 2011, sitting in the Hungarian Pastry Shop on 110th and Amsterdam Avenue in New York City.  I have migrated over all the old entries that I intend to bring over; now I have to make use of this space for something new.

They say when you write, you should keep your audience in mind.  Writing only for oneself is self-indulgent and arrogant; writing only for yourself gives you no incentive to make yourself understood.  Or entertaining, for that matter.  So, in that sense, I’m violating my own precept right off the bat.  I don’t have a unified theme or a particular story I want to tell.  I am a wannabe journalist, however, so this is a space for me to practice writing and practice expositional stuff.  In the interest of making writing a habit (something I’ve always had trouble with), I am trying to tell myself that it’s okay if I write about something that is old news.  It’s okay to write about Ben Weasel even though his swift and spectacular (even by punk standards) downfall took place back in March.  Add to that, I have diverse interests and rants, and a hard time focusing.  You can see that reading the archives I’ve imported, everything from punk rock to retarded siblings to Quaker activism.  Maybe I haven’t written about the Quakers yet.  Well, if I haven’t yet, I will soon.

About me: I am late-twenties, female, white, living in New York City, attending Columbia University’s School of General Studies obtaining a second bachelor’s (a whole story in itself).  I have a profound sense of uncertainty and unease about the future.  An enormous fear that I will finish this spectacularly expensive program with nothing to show for it.  I spent most of my twenties working in coffee shops and libraries, at the moment I am doing what most people do when they’re 18 or 22—move into the adult world.  I feel like more people fail at this transition than succeed, though my sample size is probably biased.

I have a to do list that’s longer than my arm.  I have finally given myself and my ability (or lack thereof) to organize myself to my iPod; I have one app for homework, one for my daily schedule, and one for various errands and tasks and projects that I have to make sure I do at some point.  I’ve been trying to exercise regularly—my back gets pretty severe pains if I don’t—but forming new habits has never been my strong point.  I read somewhere that if you do something four days in a row, it becomes a habit, and you build up momentum; but in my experience I have to do things for much, much longer to make it a habit, and even then, I have very little momentum behind that thing.  I’m like an addict, never cured, always having to recommit.  The last major change that I did, and did easily, was become a vegetarian when I was 19.  I always have to remind myself to step out of myself, go out of my comfort zone, interact with people occasionally.  Life is more interesting when you live it, but my terror of making mistakes or embarrassing myself keeps me in a lot of the time.

I have spent significant amounts of time in the following cities: New York, Boston, Denver, New Orleans.  Not in that order.  They each have their own personality; their own thing that they do well, their own reason for existing in my head.  I go to shows in Boston.  That’s about all I do there.  New Orleans is this mythical jungle, this promised land that exists more in my heart than in Louisiana (especially since Katrina).  New Orleans is the Huey P. Long bridge and palm trees and cykads and jambalaya and sno balls.  New Orleans is my grandmother heating up an oyster po boy with extra tartar sauce, is books by Edward Eager and Arthur Conan Doyle and the old decrepit cuckoo clock.  Denver is where I grew up, and for some reason is the city with the least amount of personality in my head, but I recognize that this is an unfair characterization of her—especially in the past five years or so, as Denver has developed a music scene and night life and culture to rival anything on either coast.  (It’s funny, though, for all that Denver gets so little love from me, I am quick to defend it from people who think it’s all about what goes on on the coasts.)

As I type this, I’m looking out the coffee shop’s window, onto Amsterdam, and across the street to the park that’s attached to the Cathedral of St. John the Divine.  It’s dusk, and I can see the sky going pale between the trees, and more people are willing now to sit at the tables on the sidewalk because it’s not quite so deathly hot.  Busses of tourists have probably departed from the cathedral; traffic is light and seems to be moving.  I’m listening to Johnny Cash but the shop is, for the most part, quiet at the moment; it was noisy earlier with a table full of women out for social hour, talking loudly and screaming with laughter.  I like it here because there’s no outlets for my laptop and no internet, fewer distractions to get in the way of me getting stuff done.  But I’ve been camped out for over three hours, so I should probably go soon.

see you next time, live and in person. or something?