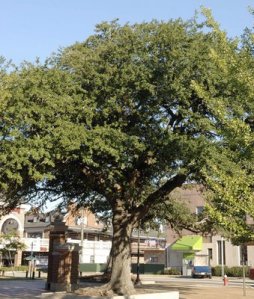 I will preface all of this by saying that I am not a football fan.  And I mean not even a little bit; I don’t really understand the rules.  I get the basics: quarterback throws ball, guy catches ball, defense tries to knock him over as guy tries to get to endzone.  And there’s four chances.  And touchdowns are worth six points.  But when things like flags are thrown (which seems to happen a lot), chances are, I’m not going to know what the penalty is for, even after I see it on replay.  And the phrase “second in goal” means absolutely nothing to me (maybe it’s second and goal?).  I grew up surrounded by football fans—who doesn’t, in America—so I’ve seen my fair share of football, and don’t mind watching it if the circumstances are right, but my general feeling is that any game that you can’t figure out the rules to by watching isn’t worth playing.

My boyfriend, though, went to Auburn University, so he’s a whole different version of crazy.  When we first started going out—Auburn won its 2011 title just a week after we started dating—he told me about the trees at Toomer’s corner, and the tradition of rolling them.  He showed me time lapse video footage, which was impressive in its scope and breadth.

So when we heard that the Toomer’s trees had been poisoned by some bitter old nutcase, it was upsetting.  For him more than for me, obviously, but for me too.  I don’t get football, I’ve never been to Auburn (haven’t really been to Alabama, just driven through it), and I’ve never TP’ed any tree, much less rolled Toomer’s.  But I get sacred spaces.  I get being attached to places that were part of your formation as a human, places where you felt joy.  And I get that you don’t get to choose your sacred spaces, and that sacred spaces don’t require other peoples’ approval or even validation.  Bama fans and non-football fans that have been bewilderedly saying “But they’re just trees…” clearly don’t get this.  Places become sacred when they become associated with memory or ritual, and you don’t get to choose that.  One of my spaces is a bench on top of a mesa outside of Durango, Colorado, for reasons I will decline to explain.  You don’t get to validate what’s sacred to me, and I will refrain from trying to define what should be sacred to you.

I feel bad for the loss of the trees, maybe moreso because I get attached to and respect anything that’s survived for 130 years.  And I get attached to trees, particularly oak trees (my family’s from New Orleans, so I spent time as a child climbing in/around/under the oaks in Audubon Park) and lodgepole pines (which smell of vanilla and caramel).  And because—again, because of New Orleans—I know what it’s like when you realize that a place that’s been part of your formation into a human being will never be the same again.  It doesn’t make you into a different person, or at least, it shouldn’t.  But it feels like it does.  I feel bad for the loss of anything that makes my boyfriend—a genuinely sweet guy—want to “punch babies.  Well not really.  But sort of.”

I get sacred spaces more than I get rivalries, for sure.  I definitely belong in the “why can’t we all just get along” crowd.  I get that pranks are part of rivalry, and that sometimes rivalry can descend into real bitterness, and that what one side may take as a prank, the other side may take as a real offense (see: putting an Auburn t-shirt on the statue of legendary Alabama head coach Bear Bryant [see, I’m learning more about this football thing all the time]).  But this goes far beyond either of those things.  This goes beyond pranks, even beyond vandalism, and almost into the realm of emotional abuse.  The guy who did this doesn’t want Auburn to lose football games.  He wants to make Auburn students and alum cry.  That doesn’t make him a football fan, it makes him a bully.  And there’s not much out there that’s more pathetic than a 62-year-old bully (see also: Milo Pressman in Stephen King’s story “The Body”).

Supposedly, the guy accused of doing it (Mr. Harvey Almorn Updyke, Jr.) is a University of Alabama fan.  The story goes like this: after Auburn won 2010’s Iron Bowl against Alabama, he drove to Toomer’s Corner and put Spike 80DF, a tree-killing herbicide, in the soil around the trees.  He managed to keep this enormous and criminal secret until January 27, 2011, when he called into a talk radio show and confessed on air (it was Paul Finebaum’s show: listen here ).  Supposedly he has a clipping from 1983 showing Auburn fans rolling the trees the day after Bear Bryant died.  I really want to see this clipping, because I’ve been searching for it on the internet for hours and can’t find anything.  He says he’s been holding onto it since 1983, and I guess I believe him, since he doesn’t look like the sort to use Lexis-Nexis.  But his timing is a little suspect.  I mean, come on, dude, you went and poisoned the trees the week after Auburn beat Alabama but you’re trying to contend that the football game had nothing to do with it, that instead you’re taking revenge for something that happened so long ago that the grandchildren of the people responsible have probably already graduatated college?  And though you can hold a grudge for nigh on thirty years, you can’t hold a secret for sixty days?  I started looking into the history of rolling the trees, too, and found a sentence—unattributed and in Wikipedia, of course, and so questionable—saying that rolling the trees only happened to celebrate athletic wins until well into the mid-1990s.  Auburn’s never played a bowl game as late as Jan 26 (which is the date of Bear Bryant’s death) (what the hell made him call in so close to the anniversary of Bryant’s death?  Was the show doing a piece on his legacy?  All the audio clips I’ve heard of it don’t give enough context to be able to tell what inspired him to call in).  I guess what I mean is, if the anonymous Wikipedia author is right and that in the 1980s Toomer’s was only rolled in connection with athletic victories, it wouldn’t have been rolled in late January.  If the conspiracy theorists are right and the trees were rolled in late January in 1983, it must have been because of Bear Bryant’s death—and not because of an athletic victory, because nobody was playing (Auburn basketball, maybe?  Does Auburn care about basketball the way it does about football?).  But still.  Revenge 27 years after the fact?  That’s taking cold bloodedness a little too far (and, again, not actually taking revenge on the people who actually did it).  And even if the trees WERE rolled in connection with Bryant’s death—it’s a shitty thing to do, and disrespectful, and offensive, but it’s not the same as pouring enough herbicide into the soil to make it dangerous for years to come.  (Also, who has that shit just lying around, or goes out to buy large quantities of it for this express purpose?  The shit’s expensive.  If he really is a retired state trooper as has been alleged on the Interwebz, how’d he know about it in the first place?  Maybe he’s been waging an epic kudzu battle?  Seriously, this is an industrial chemical, I’ve never heard of it before, and I want to know where he got it.)

All of this is a long way around to the general point, which is: this guy’s full of shit.  And bitterness.  Shitty, beshitted bitterness.

I can’t imagine that he’s been holding onto some grudge about the trees being rolled in 1983 for 27 years.  He can’t keep a secret for two months; my guess is he just heard about this allegation more or less immediately before he went and poisoned the trees (while drinking beers with a bunch of other Bama fans, maybe?), and didn’t bother to try and verify said accusation before letting his bitterness and anger get the better of whatever common sense he may usually have, and procured herbicide from god-knows-where.  After Auburn won the championship, I bet he just went into a slow burn.  I can practically see him pacing back and forth, wondering when people will notice that the trees are sick, before finally giving in and calling that radio show.  And, like any real criminal mastermind, he left his real name.  I wonder if he was surprised when he got arrested.

After Katrina, I got into the habit of looking up my grandmother’s address on googlemaps to check on the house (I did this until I realized that Google was unlikely to be sending those camera trucks out in post-apocalyptic New Orleans, and that I was just looking at the same pictures over and over, not anything resembling a live camera).  There’s a live cam up of the Toomer’s Trees, though (http://www.auburnalabama.org/cams/Toomers/Default.aspx ), that I’ve been watching.  Most people wander up, take a couple pictures, maybe stand under the trees for a minute, and move on.  But tonight I watched one couple take their time—when I first caught sight of them, they were standing on the corner, looking up at the bigger tree.  They wandered over to the trunk—at that point the tree obscured them, and they blurred into one silohette—and then they backed up, squatted on the pavement, and just sat.  And stared at the tree.  They sat for so long that I thought maybe I just hadn’t notice them leave—but then one finally stood up, followed reluctantly by the other.  They did a slow lap of the tree, and then crossed the street the way they’d come, exiting the camera frame.  People have been going up and saying hello to the trees in small clumps since I’ve been watching (and at the moment, it’s 12:30am in Auburn).  Taking pictures.  Talking.  It amazes me slightly that, given that these are trees I’d never heard of that are symbolic in a sport I’m not interested in, I am holding vigil from 1,000 miles away.  How long will they be there?  How long until the effects of the herbicide start to show up? How long before, if the trees somehow survive, we can breathe a sigh of relief?

It took 130 years for the trees to grow.  It took over fifty years to form the tradition of rolling them.  It took one angry asshole with a barrel full of poison one night to take it all away.  And for what?  A football game?

I know, I know: memories are irreplaceable.  The spirit of the War Eagle will live on.  And new trees can be planted.  But if places can hold memory, then this place held a lot of them.  It’s hard to imagine that not evaporating with the trees.

1 thought on “on trees, traditions, and staying up late to watch far-off intersections on webcam (orig. published Feb. 18, 2011)”